0"Theatre is an act of faith in a wise word in an insane world".
- Victor Hugo Rascon Banda

With that motto, Act of Faith Productions (AoF) is about to launch its eighth production with a full production of John Patrick Shanley’s wonderful play, Outside Mullingar.
​
The company was founded more than a decade ago by Actor Vince Carlin and Director Dia Frid, joined by Producer John O’Hara and Creative Consultant Kathy Carlin, as a professional company based in Oakville. Their first show, Faith Healer by Brian Friel, was welcomed by critics and theatre-goers.  Our subsequent productions, Honour by Joanna Murray-Smith, Trying by Joanna McClelland Glass, Norm Foster’s Old Love, Tuesdays With Morrie by Mitch Albom, Painting Churches by Tina Howe, and Charles Dickens Writes A Christmas Carol by Richard Quesnel won critical and audience raves.

The next production will feature two Oakville actors(Vince Carlin and Caroline Saulez) and two from Kitchener(Kathleen Sheehy and Richard Marchment).  The play will directed by Willard Boudreau.

​
AoF seeks to bring intelligent and challenging productions to the stage—productions that are not often seen on local community or professional stages. They brought Faith Healer a year before Broadway mounted a production; Honour was a Canadian premiere and Trying had not been seen in years.  Old Love is a hidden treasure in the comedy trove of Canadian writer Norm Foster. Tuesdays With Morrie was a best-selling book wonderfully adapted into a moving play.  AOF is hoping to expand its repertoire over the next few years.

Actor, Producer
Vince Carlin is one of the founders of AoF Productions.  He has performed across Ontario and other parts of the country.  After a long and successful career as a journalist, he is now acting and producing full-time. Most recently, Vince has been seen in “Outside Mullingar” for Black Sheep Productions in Ottawa and Lost And Found Theatre in Kitchener, “Kingfisher Days” in Hamilton and as Scrooge in “Charles Dickens Writes a Christmas Carol” for Lost and Found Theatre in Kitchener.

He’s also appeared as Lear in a production of “King Lear” in Toronto, several roles in the Theatre New Brunswick production of “Frankenstein”, Juror #9 in the Rose Theatre Production of "Twelve Angry Men", in multiple roles in the Galahad Theatre Company's "The Dining Room" at the Living Arts Centre in Mississauga and on TV in the CBC's "Murdoch Mysteries". He has also appeared as Duncan in the Canadian Theatrical Projects production of "Macbeth" in Toronto, as Marc in the Galahad Theatre Company’s staging of “Art” at the Living Arts Centre, the randy hotel detective in the farce “Who’s Under Where” at the Mohawk Dinner Theatre. Previous appearances have been at Theatre Passe Muraillie in “Glory’s Grace, in the well-regarded Festival of Classics production of “Comedy of Errors”, directed by Miles Potter, in “At the Hotel”, the CBC television series directed by Ken Finkelman as well as parts on CBC Radio Drama and in independent films.
​
And he has been very happy to appear in all of AoF’s productions:  “Honour”, “Trying”, “Faith Healer”, “Old Love”, “Tuesdays with Morrie” and "Painting Churches".

Producer
John O'Hara is very happy to be involved once again with Act of Faith.  He has produced many productions over the last 20 years in the area. Formerly John was with the Canadian Broadcasting Corporation for 35 years and took up a new life in theatre after retiring.

Director
Willard is a retired teacher who lives in Hamilton.  During a fifty year theatrical career that includes more than 300 productions, he has garnered a stellar reputation as one of the most accomplished actors and directors in Southern Ontario. His diverse repertoire includes a wide variety of highly acclaimed plays and musicals, as well as two best acting awards at WODL Festivals. He directed AoF’s last full production, “Painting Churches”.

Actor
Caroline was previously seen in Act of Faith’s production of “Honour” and she returned for "Painting Churches". Other credits include "Leading Ladie"s (Theatre Northwest), "The Love List", "Weekend Comedy", "Lend Me a Tenor" (Red Barn Theatre), "No Sex Please", "We’re British and Move Over Mrs. Markham" (Drayton Entertainment). Caroline is a graduate of the Ryerson Theatre School. 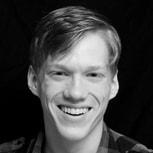 Actor
Richard has been performing on stage from a young age and is a graduate of the Musical Theatre Performance Program at St. Clair College. This will be his first time performing with the Act of Faith Productions team. Past credits include: “Cinderella”, “Spring Awakening”, “Pelagie”, “A Chorus Line”, and “The Drowsy Chaperone” (St. Clair College Productions), “Beautiful Joe” (The Grey-Bruce Arts Collective), “Charles Dickens Writes a Christmas Carol” (Lost and Found Theatre), “The Dining Room” (Highlands Summer Festival).

Actor
Kathleen is the Artistic Director of Kitchener’s Lost & Found Theatre.  She trained at the Arden Theatre Company and the Walnut Street Theatre in Philadelphia. From 1992-2004, Kathleen worked with Theatre&Company in Kitchener as an actor, stage manager, teacher and subscriber relations manager.  Of the more than 50 roles Kathleen has performed, her favourites include Elsie in Falling: A Wake, Pearl in Pearl Gidley, Stacy in Some Assembly Required, Kim in Kimberly Akimbo, and Bubbie in Crossing Delancey.  For Pat and Kit.