Here’s a review of our production of Outside Mullingar:
​https://ontarioartsreview.ca/2019/06/14/outside-mullingar-or-the-life-of-reillys/#more-4546

Who is John Patrick Shanley?

Author:  John Patrick Shanley spent his writing career avoiding writing about his own Irish heritage. Instead he wrote, among other things, the Pulitzer Prize and Tony Award winning play Doubt, and Moonstruck, which earned him an Academy award for Best Original Screenplay.

But when his father wanted to return from New York to Ireland to visit the family farm Shanley accompanied him and, once there, knew he would eventually have to write about that land and his family. “I recognized that this was my Atlantis, the lost and beautiful world of my poet’s heart” he wrote.
Outside Mullingar is the touching, funny, Tony nominated play, about how it’s never too late to take a chance on love,that emerged from his journey.

Actor, Producer
Vince Carlin is one of the founders of AoF Productions.  He has performed across Ontario and other parts of the country.  After a long and successful career as a journalist, he is now acting and producing full-time. Most recently, Vince has been seen in “Outside Mullingar” for Black Sheep Productions in Ottawa and Lost And Found Theatre in Kitchener, “Kingfisher Days” in Hamilton and as Scrooge in “Charles Dickens Writes a Christmas Carol” for Lost and Found Theatre in Kitchener.

He’s also appeared as Lear in a production of “King Lear” in Toronto, several roles in the Theatre New Brunswick production of “Frankenstein”, Juror #9 in the Rose Theatre Production of "Twelve Angry Men", in multiple roles in the Galahad Theatre Company's "The Dining Room" at the Living Arts Centre in Mississauga and on TV in the CBC's "Murdoch Mysteries". He has also appeared as Duncan in the Canadian Theatrical Projects production of "Macbeth" in Toronto, as Marc in the Galahad Theatre Company’s staging of “Art” at the Living Arts Centre, the randy hotel detective in the farce “Who’s Under Where” at the Mohawk Dinner Theatre. Previous appearances have been at Theatre Passe Muraillie in “Glory’s Grace, in the well-regarded Festival of Classics production of “Comedy of Errors”, directed by Miles Potter, in “At the Hotel”, the CBC television series directed by Ken Finkelman as well as parts on CBC Radio Drama and in independent films.
​
And he has been very happy to appear in all of AoF’s productions:  “Honour”, “Trying”, “Faith Healer”, “Old Love”, “Tuesdays with Morrie” and "Painting Churches". 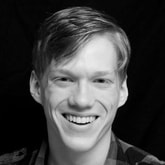 Actor
Richard has been performing on stage from a young age and is a graduate of the Musical Theatre Performance Program at St. Clair College. This will be his first time performing with the Act of Faith Productions team. Past credits include: “Cinderella”, “Spring Awakening”, “Pelagie”, “A Chorus Line”, and “The Drowsy Chaperone” (St. Clair College Productions), “Beautiful Joe” (The Grey-Bruce Arts Collective), “Charles Dickens Writes a Christmas Carol” (Lost and Found Theatre), “The Dining Room” (Highlands Summer Festival). 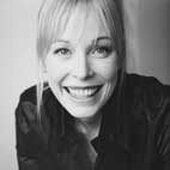 Actor
Caroline was previously seen in Act of Faith’s production of “Honour” and she returned for "Painting Churches". Other credits include "Leading Ladie"s (Theatre Northwest), "The Love List", "Weekend Comedy", "Lend Me a Tenor" (Red Barn Theatre), "No Sex Please", "We’re British and Move Over Mrs. Markham" (Drayton Entertainment). Caroline is a graduate of the Ryerson Theatre School. 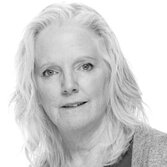 Actor
Kathleen is the Artistic Director of Kitchener’s Lost & Found Theatre.  She trained at the Arden Theatre Company and the Walnut Street Theatre in Philadelphia. From 1992-2004, Kathleen worked with Theatre&Company in Kitchener as an actor, stage manager, teacher and subscriber relations manager.  Of the more than 50 roles Kathleen has performed, her favourites include Elsie in Falling: A Wake, Pearl in Pearl Gidley, Stacy in Some Assembly Required, Kim in Kimberly Akimbo, and Bubbie in Crossing Delancey.  For Pat and Kit.